So here we are, in our fifth year of fundraising, and it’s incredible how far we’ve come, having now raised over £271,000. Of course, this wouldn’t have happened without the great support of hundreds of riders, the amazing corporate support we receive and the many, many people who have supported us in so many different ways.

Back in 2016 both the JOGLE team and Whacky Racers chose Ark Cancer Centre as a charity to support, which was carried on into Arkriders when we became more official in 2017 for our ride to Paris. As such, the organisers, and all the riders who have taken part, have a real vested interest in the cancer centre project.

But, over time, things evolve, and we are keen to evolve with them.

As a major contributor to the money that Ark Cancer Centre Charity has raised to date, we felt it important to ask questions as to the progress of the centre and sent a letter to the Charity Trust and Hampshire Hospitals NHS Foundation Trust in late 2019.

The good news is that some of the money that we have raised to date will finally be going towards a well-being centre that has been planned for the existing Radiotherapy Unit at the hospital. This includes supportive care and complementary therapies that will be provided to cancer patients and their families and carers locally.

“Our aim is to provide four supportive treatment rooms and a counselling room. Ark Cancer Centre Charity will also fund the hire of rooms in The Ark Conference Centre for educational meetings that will enhance the support given to cancer patients and their families.

“In addition, Ark Cancer Centre Charity will provide funding for key support staff, including a cancer dietician, a psychotherapist and an acupuncturist, all of whom will enhance the delivery of vital care and support to cancer patients.

“All of the above is an important development. It will mean that, for the first time, HHFT will be able to provide radiotherapy, supportive care, and complementary therapies in a calm, relaxing and modern environment – a significant step forward that also begins to fulfil the aims of Ark Cancer Centre Charity. This building work, and the provision of care and support, would not be possible without the hard work and vital fundraising that has been done by yourselves and many other Ark Cancer Centre Charity supporters.”

Although this does not mean a new cancer centre as such, it is a step in the right direction, although we are still unsure of timings. The project of building the new centre has been beset by delays – with plans for a new hospital first on, then off, now back on the table – and we would agree that building a first-class facility that will support the growing population of the town is more important than hastily building an ad-hoc centre that has a short cycle of use.

The very fact that people will soon be able to receive complete first-class cancer treatment in the town (which is of course all about people, not bricks) is a great step, and we urge the people of Basingstoke to keep asking questions to help push the agenda with the NHS Trust.

As a small organisation that is run by volunteers, Arkriders will continue to support the Ark Cancer Centre project; it’s one of the key reasons we keep doing what we’re doing. But, we also want to see the hard work that everyone puts in deliver tangible benefits in the short-term for the people of Basingstoke who need support now.

That’s why we’ve decided to spread our wings and support a second charity during 2020. We appreciate this may disenfranchise some people, but we have also learned from the fantastic folk who take part in ark rides that we are in the business of mobilising people to do good, with a bit of fun thrown in.

Our riders, who come from all walks of life, have a common goal to do some good, have some fun on two wheels and socialise. It’s why some of them keep coming back for more each year, and why genuine “friends-for-life” have been made over the past five years. 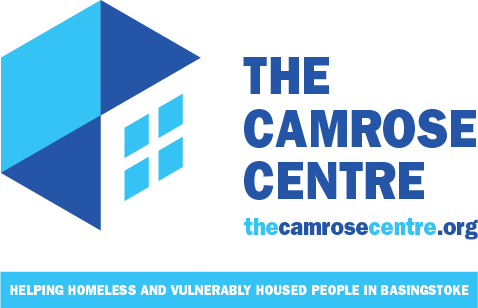 During 2020 we will continue to donate money to Ark Cancer Centre through our fundraising, but also want to make a difference elsewhere, and after much discussion, we have decided to support The Camrose Centre. The Camrose Centre is a drop-in service dedicated to providing support and assistance to the homeless, vulnerably housed and socially isolated in Basingstoke and Deane. There are two key reasons we have chosen this local cause. It won’t be all about bikes. We want to help raise the profile of The Camrose Centre and the great work they do. We want you to engage with this excellent support network that is a lifeline for people who probably live less than five miles from your nice warm home. It doesn’t mean we won’t have fun along the way, after all, that is the essence of what we are trying to achieve. What it will do, is give us the added benefit of combining something we enjoy, with something that will have a genuine impact in 2020 for people in Basingstoke & Deane.

So, with that all in mind, we are pleased to launch our 2020 ride
To Bath and Back

And, if you have any questions you would like answered, please email us: info@arkriders.co.uk

Meanwhile, we've just nudged past the £34k mark for
@camrose_centre from our Bath and Back ride earlier this month.

A big thank you to Naomi the Community Champion at @Morrisons Basingstoke who regularly contributes food packs to Camrose, that have been purchased by customers at the store. So a huge thank you to Morrison's customers for your regular and continued support!

Big shout to @savills for their donation to @DebbieMclatch for our ride. That's more money for @camrose_centre 🙌